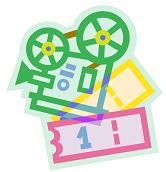 Last night saw Llangollen’s first showing of the Leonardo DiCaprio Film, “The 11th Hour”. Llangollen FoE organised a showing of the climate change film as a trial run for a series of environmental film showings.

Everyone who attended enjoyed the evening, commented on the excellent venue and thought that a series of publicly advertised showings would be worthwhile. The plan for these showings will be discussed at our next meeting (02/06/2011).

Thanks again to everyone who came along and thanks also to those who helped organise the event.

We call upon the National Assembly for Wales to urge the Welsh Government to revise its planning policy and policy on residual waste to provide a presumption against the building of incinerators, which send most of the carbon from waste into the air as CO2, emit ultra-fine particles that can be damaging to health, and create toxic ash. We believe that incineration is bad for the environment and bad for people.

The petition can be found here; http://www.assemblywales.org/gethome/e-petitions/epetition-list-of-signatories.htm?pet_id=578