Full details for the Counterpower book launch can be seen below;

Tim Gee is the author of, ‘Counterpower’ (www.newint.org/counterpower) and also works for FoE UK as a campaign trainer.

Tim will be hosting a book launch along with a participatory workshop, or alternatively a talk followed by a question-and-answer session.

Light refreshments will be available on a donation basis. Hope to see you there!

Community Futures is a programme of courses for community volunteers from all over the UK to come and learn new skills to help them and the communities that they come from to become more sustainable. There are 12 new courses running from November 2011 – March 2012. Click here for more information. 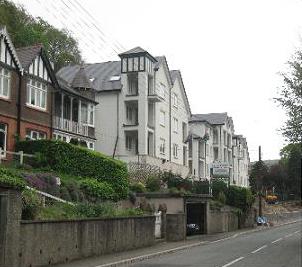 An article from Simon Collinge, first published in the October edition of the Llangollen news;

In Augusts’ Llangollen News, under the Llangollen Town Council report readers might have noticed the application 03/2011/0696 Plas Derwen, Abbey Road – application for modification or discharge of planning obligation relating to the payment of commuted sum for the provision of affordable housing and public open space.

The Town Council quite rightly, raised objections. The original plans submitted for the development were for a much smaller and less intrusive build and included affordable housing for local residents. The developers, however, thought they could make more money from a larger, more prestigious development so submitted new plans for the incongruous development now dominating the approach to Llangollen on Abbey Road. Apparently, Planning Regulations require new build schemes should have a percentage of affordable housing and developers have to pay a “commuted sum” – in this case believed to be in excess of £200,000 – to the authority if they chose not to provide urgent needed accommodation for local people.

I wrote to the Town Council to ask if our two County Councillors would be supporting them and objecting to this attempt by the developer to avoid paying the commuted sum and their obligations to the community.

Although the Town Council may object to an application we cannot insist that our County Councillors support our decisions. They may hold different views. Also I understand that they are ‘not allowed’ to indicate their position on a particular issue before an application goes to committee as this would prevent them from speaking at the meeting.

I will be writing to both our County Councillors asking them to consider supporting the Town Council in this matter.

Apparently the matter will be considered at the Denbighshire County Council Planning Committee in October and I would encourage residents to write and express their opinions regarding the developer not paying the “commuted sum”.