Pollution levels in parts of Llangollen are comparable to those found in major cities. In one location pollution is close to the legal limit, potentially putting at risk the health of residents.

Located in the picturesque Dee Valley, it is easy to assume that air pollution is something that doesn’t affect Llangollen. If you live alongside a main road in Llangollen, you may have guessed that things aren’t quite so rosey.

In January this year Llangollen Friends of the Earth deployed five Nitrogen Dioxide measuring kits. The kits measured this well known pollutant for three weeks. The results were surprising;

The European Union has set a legal average annual limit for NO2 at 40µg/m3 (micrograms per cubic metre). But even at low levels, short term and long term exposure to NO2 can have significant negative health effects.

One of the measurement sites is very close to the 40µg/m3 limit.

The levels displayed in Llangollen, especially those on the A539 Mill Street and by the A5 / Castle Street traffic lights are comparable to those found in certain locations in major cities. For example; Chester, the outskirts of Liverpool, Walsall and the dockland area of Cardiff.

Although generally lower, the increased average level at the school gate compared to the community garden is likely to be due to droppping off and picking up traffic at the school.

Group member Warren Davies stated, “These readings were taken during January and February when the traffic is pretty quiet. If the rest of the year was taken into account, the average values could be much higher.”

He went on to say “There is a lot of talk about reducing emissions in London and in cities, but localised air pollution in our towns can be just as unhealthy.”

NO2 is associated with vehicle traffic. Nationally Friends of the Earth is calling for restrictions of the dirtiest vehicles. Locally, Llangollen & District Friends of the Earth are calling on our local decision makers to consider our findings, and invest in schemes locally to reduce emissions by encouraging walking and cycling, and discouraging traffic-generating developments. 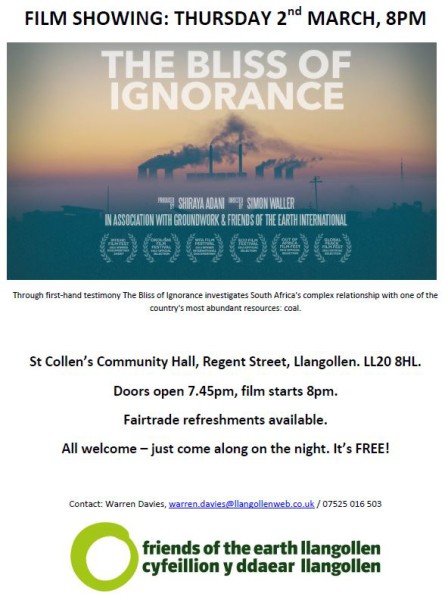 This Winter/Spring Llangollen Friends of the Earth are working on two main campaigns. The first is a divestment campaign, calling on the Clwyd Pension fund managers to divest from fossil fuels.

The second, in the lead up to the 2016 Assembly elections, we plan to make and distribute videos of all candidates providing us with a breif biography and setting out their priorities. 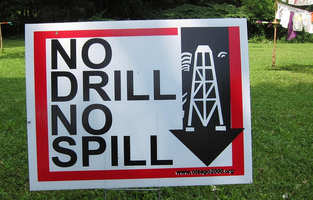 Details: A FREE screening of the “fracking” film Gasland 2 followed by a discussion on “fracking” and the local issues around Wrexham.
The event is being held in conjunction with Friends of the Earth Llangollen and Environment Glyndwr Network.
Hope you can make it.
Location: Nick Whitehead Lecture Theatre, Glyndwr University (By the main reception)

Skills sessions at the community garden 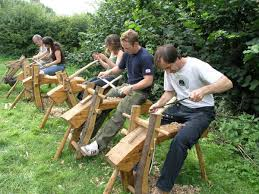 This year the garden will focus on running skills workshops. Workshops may include; green woodworking, permaculture, herb growing and uses, and maybe even eco-building techniques. 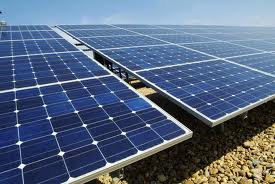 We will look again at energy generation in Llangollen and the Dee Valley. We will consider a variety of technologies, sites and company structures. Have an interest, any advice or experience in this area? Please come along! 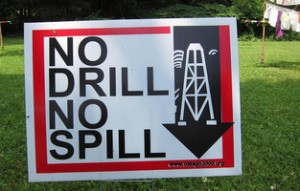 We will work with other groups in the area to campaign against Fracking.

Come along and join our campaign against Fracking!

Visit Llangollen community garden on Saturday 18th May and see the launch our Bee World area, find out more about the garden and enjoy a BBQ in the sunshine!

The day starts at 10am with a visit from Susan Elan Jones, who will be helping launch our new Bee World area. The BBQ will be serving food at around 1pm, with the day wrapping up around 5pm.

Llangollen Friends of the Earth strongly support the town’s application to become a Cittaslow town. You can find out more about the scheme here; www.cittaslow.llangollentowncouncil.co.uk

The website includes an excellent business and food producers directory. 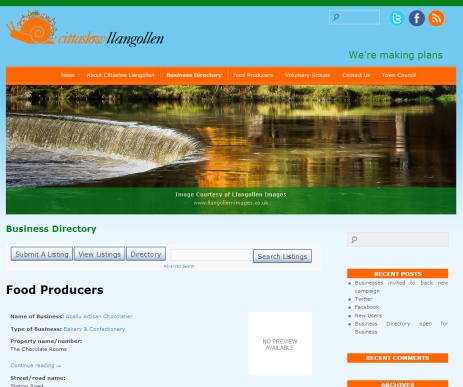 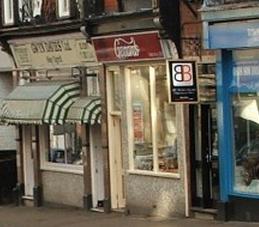 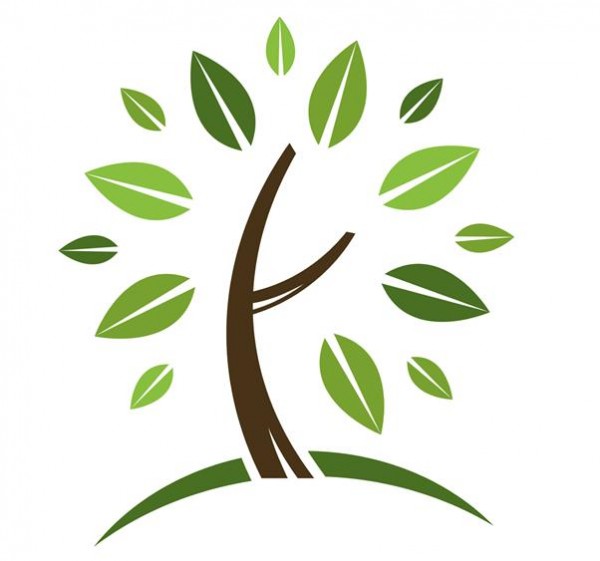 Llangollen Friends of the Earth are looking to establish a coalition of local groups to work together on environmental and social issues.

This is an invitation for groups in Llangollen to come together informally, to discuss where we could work together to achieve strong positive outcomes.

Friends of the Earth in Llangollen would like to develop the idea of a community shop, although we are open to ideas for alternative projects. 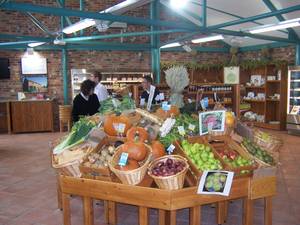 For quality local produce, Young’s farm shop at Derwen College near Oswesty is excellent. A large amount of their stock is grown on site. Food miles are displayed on labels next to other produce – the vast majority comes from local suppliers within 20miles.

If you’re passing and looking for quality local produce at reasonable prices, you can’t beat it. For more information click on the following link: http://www.derwen.ac.uk/visitors/youngs-farm-shop-oswestry-shropshire.html